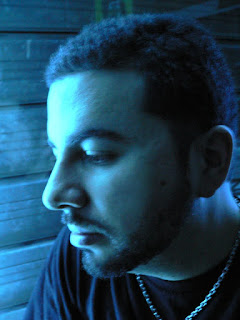 
Yonkers producer DJ Shok is not new to the game and his name rings bells. Starting off as a DJ at a young age to becoming one of Ruff Ryder’s secret weapon producers, DJ Shok is the mastermind for producing one of the best gems “Slippin” for DMX. His resume is deep with artists that laced tracks for such as DMX, the ruff ryders camp, Big Pun, Rah Digga to name a few. Gold and platinum plaques he received for producing for well-established names in the hip hop scene. Intrigued interviews the Y.O.’s beat smith as he speaks about his production game, how he got started, working with Ruff Ryders, working with Big Pun and upcoming projects for 2013.

1)            You know me, what it is. DJ Shok in the building with Intrigued. What’s going on my dude, how are things?
Thankful and looking forward to mixing it up in the music biz again.

2)            You are one of the most underrated low key producers; did you always keep a low profile?
Yes, it’s not on purpose but it comes from loving the creative studio process above the rest of the biz.

5)            What made you decide to get into the production game?
Seeing my cousin Mike on an ensoniq eps keyboard.

9)            When you did the beat “Slippin” for DMX, did you have an intuition that it would be a classic single?
Not immediately but when I saw the reactions that night and the next day I felt like it might be one. The funny thing is that I almost didn’t bring that beat but a friend of mine and my wife insisted. I felt it was too old and slow paced for X, since I have made it about 4 years earlier.

10)         What was your reaction when you received a platinum plaque for DMX’s second album “Flesh of my Flesh, Blood of my Blood”?
It was my first one ever so it was huge for me.

11)         Any best memories in the studio with Ruff Ryders or any other artist?
The best memories were when we had multiple studios booked, multiple projects, artists and producers constantly creating and pumping music into the “machine” and getting back platinum.

12)         How was it working with Big Pun?
It was really great. Pun was really knowledgeable about all kinds of music and had a lot more creative vision than most artists. Before He passed away he was writing to a beat that I did where I had sampled the “la cucaracha” car horn and he was spitting right to the rhythm of it, I was so excited about that record. Super great loss for hip hop when he passed!

13)         How the passing of Big Pun affected you musically and personally?
When I found out that he passed away I went to the studio and wrote the music for “life’s so hard” that went on to be sold to Eve and featured Teena Marie who has also passed away

14)         What have you learned musically from Swizz Beats and PKillerTrackz?
A hard work ethic and a simple sells production style!

15)         You branched out to electronic music. What made you go that route?
I’m not leaving hip hop but the genre has really sparked my creativity, I plan on doing both.

16)         Which genre of music do you prefer hip hop or electronic?
I would rather listen to electronic music because the lack of lyrical skill and production growth in Hip Hop makes it a real bore for me. On the other hand Hip Hop is so entrenched in me that I often sit down to go electronic and end up Hip Hop so it’s where I’m from and nothing is going to change that. Whether I like it or love it, that’s just how it is.

17)         Any artists that you haven’t worked with, you would like to collaborate with?
Sky Zoo and Denzil Porter.

18)         Take us to a DJ Shok beat. Do you have a procedure into making a beat such as sampling, playing instruments or both?
I start anywhere and everywhere, honestly the only thing I do is open up my software template with my presets and go from there.

19)         What’s your arsenal of production equipment to make your sound?
Logic, Sylenth, and Guru are my staples.

20)         Many producers are using software production products (fruity loops, reason, etc.). Do you think the hardware production equipment (drum machines) is starting to be obsolete?
It is obsolete to me. I used to keep a small music store in my studio now it’s a couple of controllers and laptops.

21)         Do you prefer working with the artist in the studio or emailing tracks?
Artist in studio, mailing tracks is boring but it is nice to hear what people do on their own. I am flexible and tend to go with whatever makes the artist feel more comfortable. I’m not big on rules.

22)         Have you run into legal issues such as sampling clearances, receiving royalties or artists took your instrumentals and rapped over it without you involved in the process?
All of the above… It’s just part of the game.

23)         You produced the collective series of Shok Beats volumes 1-3. What made you decide to construct instrumental albums?
Wow! Those are collector’s items now. I could not believe the prices they were being sold for online recently. I did that back in like 96 on vinyl just to showcase my skills and it helped because those got around and when I met Swiss he asked me if I was Shok Beats, and I was like yeah and he told me he had those, so that was a plus for me and I know it helped get me in the RR door.

24)         Any artists and producers that you are feeling right now?
I like Denzil Porter and SkyZoo and I am not really feeling any Hip Hop producers right now. I really like Luminox, Munchi, The Mad Decent Label, and various unknowns on soundcloud. I listen to Bob Marley, Sade, and Old Portishead tunes in my crib so I have a wide range of musical tastes. A lot like The first Hip Hop Parties in NYC back in the early 80’s where punk rock, new wave, breaks, drum machines and soul made up Hip Hop music. That’s the era that birthed me into music so my playlist is crazy. It’s Jimmy Castor, followed by James Brown, Busta, Kraftwork, DMX and GangStar.

26)         What was the most and least favorite thing about producing for artists?
Business is the least and the favorite is seeing them happy about the song they made with your music.

27)         What do you like to do outside of production?
God, Family vacations and enjoying the little things.

28)         You’re a born again Christian, how does religion play an impact on your life?
It’s a huge part; I mean it’s who I am. Even though I don’t consider myself religious or even a part of a denomination. It is a very personal walk and a more life living one as opposed to a ceremonial religious one.

31)         What advice would you give upcoming producers on the come up?
Be consistent, persistent, and willing to do the things you don’t want to do in order to invest in your future. Put money aside for a rainy day because most “reigns on the top are short like leprechauns” and don’t make the business or music more important than your family, God or other people because as much as we love music it’s is not more important than life itself.

Posted by Intrigued Music Blog at 4:50 AM