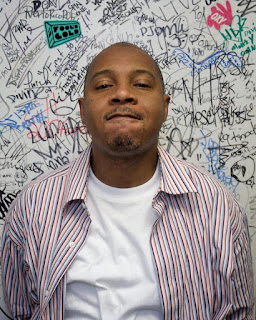 
Producers have made an extreme impact on any genre of music; they can literally make and break the artist and vice versa. In the golden 90’s era, every talented producer has musical inspirations that give them the motivation but still holds their unique flair of composing music. This includes Hitmen’s producer Nashiem Myrick who have paid his dues to hip hop music. Influenced by Pete Rock and Large Professor to name a few, he has produced tracks for top level artists including Notorious B.I.G., Lil Kim, Capone and Noreaga.

Nashiem Myrick discusses with Intrigued and discusses about how he got into the game, the artists he worked with, the essence of production and the influence of knowing the culture.

1)            Joining Intrigued, it’s an honor to interview one of the hottest producers from the Golden Era Nashiem Myrick. What it is my dude? What you been up to these days?
Nashiem Myrick: Right now, I got a couple of projects that people called me on but it’s nothing definite. I’m definitely back to working after a few years.

2)            For many peeps that don’t know of you, tell them how you got started in the game?
Nashiem Myrick: I’m going to make it short and sweet. I started off with a fella name Harvey Pierre. We formed a rap group called Sticks and Stones and from there we ventured out and we were lucky enough to hook up with a lot of people. We hooked up with a manager that owned Payday Records which was the label for Group Home, hooked up with the manager of Empire Management who did work with Gang Starr and we hooked up with Clark Kent, he was the hottest deejay of the late 80’s. I was lucky enough to hook up with him because I started off as a deejay. Harvey went to Howard University along with Ron Amen Lawrence, D-Dot, Mark Pitts and Puff; they were all crew so I visit to Howard University and linked up with these guys and that’s how it all started.

3)            Many producers started off as DJ’s including you. Do you think it made the transition into production much easier?
Nashiem Myrick: I think it was easier for me because I had naturally rhythm. A lot of producers say that it’s the next stage after deejaying because you can control the rhythm of the show. For me it’s true because it helps me learn my timing and it helps a lot with producing.

5)            Who are your musical influences on the production tip when you were coming up?
Nashiem Myrick: Prince Paul, DJ Premiere, Large Professor and Pete Rock. Those are the cats that made me say this is what I gotta do.

7)            You started off working as an intern for Bad Boy. What have you learned working with Diddy and Bad Boy records?
Nashiem Myrick: I learned from Diddy which is a valuable lesson till this day that I can sum it up is there is no such thing as can’t. Anything is possible, you could do anything; can’t is not the subject to what your criteria is. The word can’t should not be in the same sentence when it comes to trying to progress. That’s what I learned not only with bad boy but as a whole work ethic. I also learned music such as how to create a song, how to arranged a song, how to mix, market and promote a song.

8)            You did extensive amount of work with Carlos Six July Broady. How did you two linked up?
Nashiem Myrick: Carlos sent his demo tape to bad boy. The charge of demo’s name June heard the tape and asked me to listen to this tape from this dude name Carlos. So I heard at least three tracks and I said get him on the phone right now; I didn’t want to waste any more time listening to more because I already know. So I got on the phone with him and said dude you’re crazy; get up here. So boom we made an agreement and he came up to New York about a week or two later and got everything organized and we took it from there.

The thing with Carlos is one day he came to my house. I lived at my grandmother’s house at the time and he looked at my family photos and he said hey that’s Miss Bennett. I was like you know Miss Bennett and he said yeah that’s my fourth grade teacher. Little did I know that my aunt was his fourth grade teacher and that was bugged!  So from that point, we kept a tight knit team and starting making hits.

10)         What the arsenals of equipment you working with when making the beat?
Nashiem Myrick: I use to work with the MPC; now I work with the machine and protools.

11)         What was it like working with “The Notorious B.I.G.” and how did his passing affected you musically?
Nashiem Myrick: Working with B.I.G. was an incredible experience because we came from the same cloth. I gave the beat for “Somebody Gotta Die”. It was a loop and a chopped up sample. So what you hear is my production was around his work. He had a lot of plans. He had the Junior Mafia album, the Commission album and other projects coming out and I was about to do so much work with him.

12)         There’s too many favorite beats to choose from but a few of the beats that still stuck to my head till this day was “T.O.N.Y” by Capone-N-Noreaga featuring Tragedy Khadafi, “Driver’s Seat” featuring Imam Thug. How the connection with you, Six July and CNN came about?
Nashiem Myrick: Tragedy worked at Atlantic records and reach out to me to do a track. He heard the “who shot ya” track but didn’t know I was a seasoned veteran. I did the remix to supercat joint and it had a undeniable groove so he wanted to work with me. Carlos gave me a track and I suggested it would fit his peeps (CNN). Tragedy loved it and holla at them to do the track. They went back to the studio and they were going crazy over the track. I had to add the strings to the track that felt cinematic and it was sick.

14)         Are there any difference in the production game between today, the 90’s golden era and early 2000’s?
Nashiem Myrick: Technology took the whole production game to a whole new level. You can pretty much do anything with technology. You don’t have to play instruments or sample as much. You can dissect the track with such programs

15)         What advice do you want to give the new producers on the come up who want to get in the game?
Nashiem Myrick: Study your musical history and know the culture, it’s going to help you in the long run. When you take a picture of hip hop, you learn and know a lot. That’s why I rose to the next level because I study the history of hip hop music. It’s not just music; it’s studying the culture.

16)         What’s next for Nashiem Myrick in 2013?
Nashiem Myrick: Working on many projects at the moment! The Hitmen are back together so that’s a good thing so it’s just throwing out good music.

17)         I remember you mentioned on your last interview about staying out the box because there’s more room out the box. Care to explain that!
Nashiem Myrick: You see peoples doing the same thing over and over again. When I was growing up listening to KRS-1, Public Enemy and other artists, there were no similarities. That influenced me to step up in the game. You were forced to be an artistically individual so why limit yourself. I admire Large Pro and Pete Rock but I wanted to do my own thing.

18)         Before we wrap it up, how can headz get to you for music and other info?
Nashiem Myrick: Hit me up on facebook or twitter: @theproducernash

Posted by Intrigued Music Blog at 9:59 AM