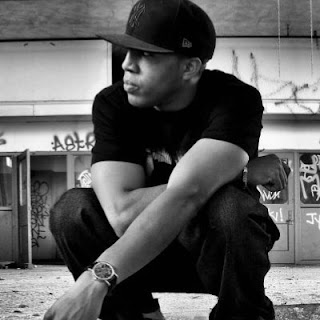 The state of Pennsylvania has always been putting out hot music by talent artists. Most artists from Philly had taken Pennsylvania by storm with their music. Pittsburgh has been making noise lately with Mac Miller and Wiz Khalifa putting the steel city on the map. This also includes Pittsburghian’s words smith Vaig who is blazing the airwaves and blogospheres everywhere. With two albums under his belt, Vaig is a force to be reckoned with. Vaig comes through and blessed the interview with Intrigued about getting started, his motivation with music and working with Arson Amazing and Nesia.

1)            Yo, what it is? I got ya on this. Joining me and Intrigued hails from Pittsburgh PA is Vaig, what’s going my dude. Black and yellow in the building. You gotta big buzz right now, how did you get started?
Vaig: Whats Good Fam, Thanks for this opportunity. Music has always been in my blood since way back when.  I remember growing up and my mom and grandmother would play old music throughout the house.  So I’ve always been around music but when I started to take this seriously was about 6 years ago.  I use to write poetry and that eventually turned to music and figured I was good at it and loved it.

2)            How did you get the name Vaig?
Vaig: People have said in the past that I give vague answers or sometimes I can be vague in the way I was perceived meaning I was not always understood.  Also a portion of my name comes from my father’s real name so I kind of blended the two and Ran with it.  My name use to be R-Vaig since my real name is Ron but overtime I just dropped the R and kept Vaig.

3)            Your album “True to My Word” is popping, have fans been positively receptive to the album?
Vaig: Yes It’s been greatly received which I’m very thankful for being an independent artist.

4)            What was the difference musically between “Fall to Rise” and “True to My Word”?
Vaig: Simply put, Growth. With Fall to Rise I was just finding my way in music and in life.  With True To My Word I know the direction I want to go and I’ve also learn a lot through just living and experiencing life more.

5)            Definitely feeling the concept of the albums, it feels like a story of your life. What does “Fall to Rise” and “True to My Word” mean to you?
Vaig: Thank You, I appreciate that a lot.  Fall to Rise to me was taking all the frustrations, ups and downs and turning them into a positive through motivational music. True To My Word to me means exactly as it sounds.  With everything you do be True To Your Word.  Be True to Your Music, Be True To Your Family, Be True to Yourself.  That’s what that album represents.  Throughout the creation of that album I remained loyal to who I am, I wasn’t trying to be something that I’m not.

6)            You worked with Nesia Beats and Arson Amazing on both albums. What do they bring musically to complement Vaig’s style?
Vaig: Glad you asked that.  Me, Nesia, and Arson go back beyond music.  Truth, I consider them my brothers.  I’ve known them for years so when it comes to music they know me personally and can apply the soundtracks needed for the story I want to tell.  For Arson and Nesia I can tell them how I feel about any subject and they know me well enough to give me the production I need to tell that story through music.  Arson is more the person I go to get a HipHop type track and Nesia is more the person I go to where I need something to bang in the clubs.  Both are extremely talented producers who bring a lot to the table.  I’m thankful they are on my side

7)            Your joints are spinning on the heavy rotation; many stations and the blogospheres are showing you love. What was your first reaction when you heard your music on radio stations especially outside of PA?
Vaig: Man I was on cloud nine,lol.  The first record of mine that I heard on Radio was GLIDE.  Dj Blakk Steel had a segment called “The Blakk Out” on Wamo.  He opened up his mixdown with GLIDE and I was just thinking that everyone who is tuned in at this moment is listening to my song.  People was calling me to tell me they heard me on radio, it was a great feeling.  To this day I’m thankful to Dj Blakk Steel because he showed that record love when he didn’t have to, and that’s real

8)            How do you get your music to the ears outside of Pittsburgh PA?
Vaig: Just networking in general.  I always try to reach out to different people in different markets.  Also I try to support other people just how they support me that way we keep the support flowing.

9)            Who are your musical influences and how do they play a role on your music process?
Vaig: My music influences range from Al Green, Sade, Miles Davis to Nas, Common, Pac, Mos Def, Kanye, Dr. Dre to really anybody who makes great music.  It sounds cliché but I’m a fan of music in general.  I listen to everything because I think it’s good to keep your mind open so you can never be put in a box musically.  The more genres of music you open your mind to, the more universal your sound is.  Music is like food, you’ll get bored eating the same stuff

10)         Wiz Khalifa put Pittsburgh on the map and Mac Miller is having a major buzz. Educate non Pittsburgh residents about your city. What is it about Pittsburgh artists that we don’t know and what does your city mean to you as an artist?
Vaig: Pittsburgh is a smaller city but it’s big in talent.  When you look at where’s Pittsburgh we’re not East, West, South, North, or Midwest.  I like to call it Pittsburgh Coast meaning we are in a location by ourselves.  Pittsburgh has certain issues that need to be addressed like any other city but regardless it’s my city and it’s where I’m from.  The majority of people know Pittsburgh for the sports and steel industry.  Hopefully with this movement they will also recognize us for our musical talent like they did in the past.

11)         Chuck D mentioned that your music is both hot and poignant. That is definitely a complement coming from one of the biggest voices from hip hop!
Vaig: Yeah that was big for me! I mean you talkin about the legendary Chuck D of Public Enemy.  For whom he to mention my name was crazy!

12)         Love the joint “Glide”, has a great concept and vibe to the ladies. What was the concept behind it?
Vaig: GLIDE is about just about enjoying the company of a special lady.   It’s about a lady who is confident and knows how to carry herself.  Soon as Arson made that beat I knew exactly where to go with it.  I just wanted to make something for the ladies but not too soft that fellas couldn’t rock with it.  I like to consider myself as somebody who respects women so I wanted a record to reflect that.

13)         I noticed that you’re very versatile on your tracks. You can rhyme to any style of beat and still sound polished. As an indie artist, how important is taking risks in the music business and networking to get your joints out there?
Vaig: I think it’s very important to take risks musically and be versatile.  I never want to be known as just “This type of Artist”.  You have to take chances and be an Artist and what successful artists do?  They paint different pictures.  You can apply that theory to anything.  If you play football you eventually have to take a shot down field.  If you’re following your dream you may have to take a chance in a different market and city to make things happen.  Point is there are times where you need to go out of you comfort zone to make things happen.

14)         On the title track “True to my Word” you mentioned that you learned your lesson from fools. Love the slick wordplay on that track. Care to elaborate on learning your lesson from fools.
Vaig: Thanks that’s one of my favorite tracks on the album.  Learning lessons from fools is really just me saying how I learned lessons seeing where other people made mistakes without me having to go through them myself.

15)         Any artists or producers you haven’t worked with you would like to work with?
Vaig: Too many to name but I’m going to continue to work with artist and producers in my hometown and eventually I would love to do a record with Jill Scott, Bilal, Common, Nas to name a few.  It could happen right?

17)         What advice would you give indie artists on the music business and taking their craft to the next level?
Vaig: Be professional and believe in yourself

18)         Definitely a pleasure interviewing you, before wrapping the interview, give peeps info on where they can get at you for music?
Vaig : Thanks I appreciate this a lot.  They can go to my website which is TheOfficialVaig.com and that will connect you to all the social media sites I involve with.  To contact me you can email contactvaig@gmail.com and last but never least my album “True To My Word” is available on Itunes and all Major Digital Outlets.
Posted by Intrigued Music Blog at 8:03 AM