D.Bledsoe----Episode
Cali's D.Bledsoe new track called "Episode" produced by Erk Tha Jerk. A smooth laid back track with a 2Pac/LL.Cool J influence to it. Dope track, check it out! 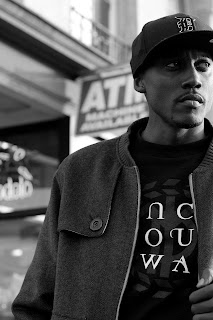 Posted by Intrigued Music Blog at 7:17 AM No comments: Links to this post

Email ThisBlogThis!Share to TwitterShare to FacebookShare to Pinterest
Labels: D.Bledsoe

Hieroglyphics----Gun Fever
The Hieroglyphics returns with their 2nd Amendment concept with the track "Gun Fever" produced by the Gully Duckets. This track is from the forthcoming LP "The Kitchen". New treats from Oakland's prolific crew.

Posted by Intrigued Music Blog at 7:05 AM No comments: Links to this post

Email ThisBlogThis!Share to TwitterShare to FacebookShare to Pinterest
Labels: Hieroglyphics 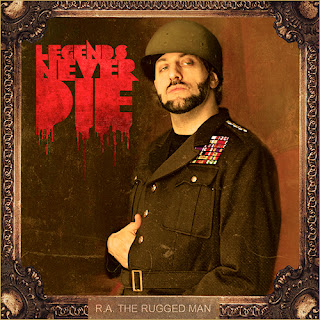 It’s been a long hot minute for the raspy voice emcee from Suffolk County. R.A. the Rugged Man is not new to the game. In fact, he is underrated and peeps have not given him a chance. He has spit verses throughout many joints on the legendary infamous underground label Rawkus records including an impressive track on the Soundbombing II LP: Rugged Man, hairy fat slob, unshaven/the Ten Commandments, we constantly disobeying. He also made an impressive debut album “Die, Rugged Man, Die” including the heartfelt awesome tag team track with 8-off Agallah “Till My Heart Stops”. Ask MC Hammer have you seen her/I need a freak like Adina, yo 8-off bring the heater. No question this guy have skills. Now he is back with his second album that will keep heads ringing “Legends Never Die”.
Already this album starts off on the right foot. One thing about R.A. is he knows how to select beats that fits his delivery. Starting off with the background horns and scratches on “Still Diggin With Buck” for the hip hop heads returning to the basics of hard lyrics, DJ scratches and nicely beat and the first single “The People’s Champ” is one of the examples of emcee/producer compatibility when the Rugged Man spits the inferno. The impressive tracks are laced by producer Mr. Green. “Learn Truth” and “The Dangerous Three” are piano laced beats that keep heads nodding. The opera sound and the heavy kicks on The Dangerous Three are perfectly balanced in which the Rugged Man joined with legend Masta Ace and Brother Ali makes a great lyrical trio. The short track “Bang Boogie” and “Definition of a Rap Flow” are fast delivery tracks that ultimately worked to his advantage while "Still Get Through The Day" surface on family medical history struggles with candor. Interestingly enough, you add three elements: 80’s hip hop of beatboxing, 90’s hip hop production and added violin strings for a current feel what you get “Tom Thum” a strictly priceless authentic hip hop track.
The theme matches the album title with a contemporary twist in production. This album brings a nostalgic feel to how hip hop albums construct in the 90’s era. Although very little diversity of subject matter and a few outdated production tracks that can hit or miss in favor, the added flavor is originality. The rugged man provided originality in his delivery and beat selection in which many artists failed to do. It’s a well packaged underground album in which you don’t have to go commercial and still make a great album. R.A. the Rugged Man is a legend in this game and this album proves that legends never die.
Strong Tracks: “Still Diggin with Buck”, “The Dangerous Three”, “The People’s Champ”, “Learn Truth”, “Tom Thum”, "Still Get Through The Day"
Average Tracks: “Holla-Loo-Yuh”, “Media Midgets”, “Shoot Me in the Head”, “Bang Boogie”, “Definition of a Rap Flow”, "Underground Hitz"
Weak Tracks:  None
Rating:out of
Posted by Intrigued Music Blog at 5:00 AM No comments: Links to this post

Email ThisBlogThis!Share to TwitterShare to FacebookShare to Pinterest
Labels: R.A. The Rugged Man 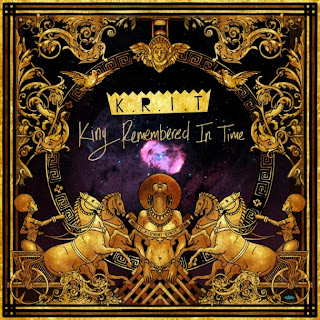 Being a rapper/producer has been very common these days. Although not an easy task, many artists take the risk and made household names. The list is longer than anyone’s arm and it make sense to take artistry to the next level. This includes Mississippi’s artist Big K.R.I.T. who entered the game solo. This reminds me of another southern rapper/producer David Banner who branded his own name on his terms. Big K.R.I.T. makes the same strides with consistency. With the critically acclaimed debut album “Live From the Underground” reviewed positively by many critics, he returns with the mixtape “K.R.I.T. (King Remembered in Time).
This mixtape is the same formula from his debut album: very few guest appearances produced majority of the album except one track and a southern flow. Big K.R.I.T. production fits his style and it shows. The drum patterns are well played on “REM” when he spits about his dreams: I’m a spiritual and lyrical/produced by own album is nothing short of a miracle. He didn’t spit lyrically but his delivery blends really well on this track. “Meditate” and “Serve this Royalty” complement his style to the tee and the thought provoking “Bigger Picture” keeps you second guessing under a smooth southern beat. As you can see, some of the tracks on the album bring out the beats and lyrical compatibility.
His lyrical content has improved on other tracks of this mixtape. His preachy delivery is best described on “Talking about Nothing” and “Only”. One thing about Big K.R.I.T is that his production does expand and experiments; sort of like the Organized Noise and Outkast days. However, a few tracks became very distractible. “Good 2getha” featuring Ashton Jones sounds a little different which an annoying hook that loses steam; maybe it would sound better if Andre 3000 jumped on it while “My Trunk” featuring Trinidad James and “King Without a Crown” experiments with way too much confusion of instrumentation. The bright spots are the 9th Wonder soulful track “Life Is A Gamble” where K.R.I.T preachy lyricism added the punch lines that makes it a banger while “WTF” relates to the life struggles as Big K.R.I.T. asks what the fvck are we gonna do now.
This album is really a see-saw album in which some of the songs went over the top while others didn’t met their expectations. He has paid his dues so it’s not a disappointment by any means. King Remembered in Time took the risks that not too many mixtapes can do: remember his underground while catering to a wider audience. Most of the production and guest appearances are top notch but a few tracks will press the fast forward button. This album is very different so if you’re into the hardcore 90’s sound, this album isn’t for you but if you have a universal ear then it is a sure fit. Big K.R.I.T. is still not established with the current rappers in the game; it’s a good attempt but this will take its time. This mixtape is a warm up for the second album which he promised will be more diverse production wise; meanwhile this album is remembered in time but the question is how long.
Strong Tracks: “Talking About Nothing”, “REM”, “Meditate”, “Serve this Royalty”, “Life Is A Gamble”, “Bigger Picture”
Average Tracks: “Bigger Picture”, “Only One”, “Banana Clip Theory”
Weak Tracks:  “Good 2getha”, “My Trunk”, “King Without a Crown”, “Dope”,
Rating: out of
Posted by Intrigued Music Blog at 7:11 AM No comments: Links to this post