Joey Bada$$----95 Til Infinity
Joey Bada$$ returns with the track "95 Til Infinity" produced by Lee Bannon which will most likely be on the "Summer Knights" album. The song is tough, definitely feeling the track. 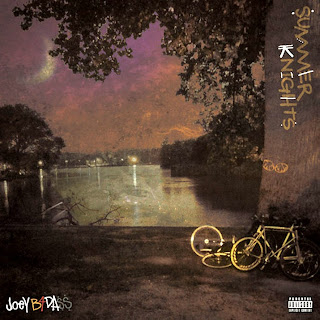 Posted by Intrigued Music Blog at 3:04 PM No comments: Links to this post

Timeless Truth---What A Life
We got some good stuff from the group Timeless Truth straight outta Flushing/Corona Queens. This is "What A Life" produced by EL RTNC from their forthcoming album Rock It Science Got some impressive guest appearances like Sean Price, Action Bronson and Roc Marciano to name a few. Meanwhile, peep this track, definitely a banger! 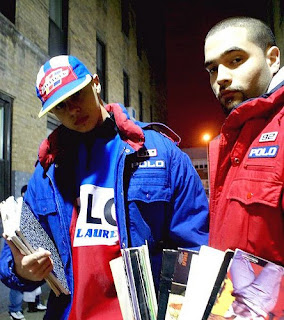 Posted by Intrigued Music Blog at 2:28 PM No comments: Links to this post

Tony Yayo----Godfather of the Ghetto 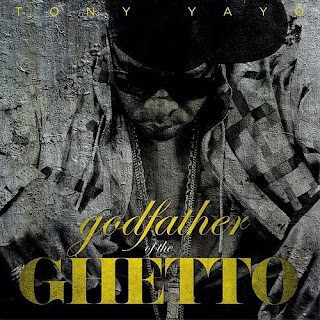 Changes and taking hiatuses can be good especially if it’s necessary to take a break. This will include Southside Jamaica Queens Tony Yayo, member of G-Unit who made his appearance on various mixtapes and G-Unit albums. As part of the most influential group of the 2000 era, Yayo made his impact after his jail stint. The smash hit “So Seductive” was a street anthem with the hard drum patterns that made him a household name. After an impressive album “Thoughts of a Predicate Felon” which went gold and executive produced 50 Cent previous two albums, Yayo returns to the mixtape scene with his joint “Godfather of the Ghetto”.
Throughout the project, Yayo knows how hold on to a solo track and picks beats that matches his delivery. One of the strongest tracks is “Out of Town Trip” a smooth laid back joint with a nicely hard drum pattern where Yayo straight bodied this track: riding on my 6-4, higher than a mutha f**ker, dreaming about G frost, higher than a mutha f**ker/ went from fried rice and chicken wings to jet fuel and jet wings Tim Tebow b**ches on the jet plane while the lead single “Lean and Molly” produced by the Superiors has a catchy bouncy beat where Yayo did his thing as well. The background bells ringing on “Selling Keys” featuring Lloyd Banks is a classic G-Unit track when the two rhyming behemoths trade lyrical blows. The contemporary drum pattern and synths made “Ready” listenable with a smooth chorus to it.
Don’t expect lyricism from Tony Yayo; he is all about making hot music spitting about the hood stories, clubs and females. “Good Die Young” is a perfect hood story with vivid imagery of how the good die young: another statistic to the cold street/highway to heaven see you there where we finally meet/and when we finally greet we know we gonna toast it up/blue heaven, blue dream we know we gonna smoke it up. Yayo does change it up which comes to this advantage. The uplifting “Sunshine” is laced with a piano beat which Yayo takes the scene urging people to keep ya head up while “Sexual Healing” takes creativity to a higher level.
Godfather of the Ghetto is a stamp of approval that the Unit is back and never fell off. Yayo picks the right producers and guests that fit the theme of the album. Whether he does it dolo on “Out of Town Trip” and “Lean and Molly”, trade verses with his G-Unit brethren on “Selling Keys” and “Move” or spitting about the strippers and the nightlife on the fast tempo synth and clever hi hat and drum pattern “Up and Down” with Ron Browz, Tony Yayo has already proved himself to be a musician instead of just being a rapper.  After a few listens of the mixtape, this is opening the flood gates to the Unit coming back. Expect a hot album from Yayo soon!
Strong Tracks: “Out of Town Trip”, “Selling Keys”, “Lean and Molly”, “Ready”, “Sunshine”, “Sexual Healing”, “Bound to Win”
Rating: out of


Download Mixtape | Free Mixtapes Powered by DatPiff.com
Posted by Intrigued Music Blog at 5:47 AM No comments: Links to this post 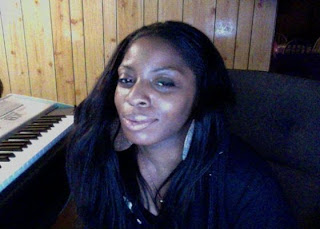 We got some heat from Queens MC Apani B. This is "Number 1 Sound" (Remix0 produced by DJ Skinny. Dope track shoutout to Apani B for hooking me up with this track. Awesome banger, give it a listen.

Posted by Intrigued Music Blog at 4:55 AM No comments: Links to this post

Email ThisBlogThis!Share to TwitterShare to FacebookShare to Pinterest
Labels: Apani B. 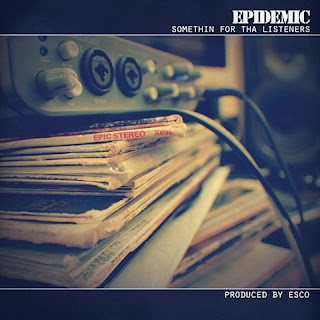 Epidemic is a hip hop duo from South Florida consists of artists Hex One and Tek-nition that has got their hands dirty. They have put out mixtapes through the underground circuit and their names are known locally. They got the witty wordplay and it shows on their newest opus Something For Tha Listeners.
This album puts you into many different perspectives. Producer Esco masterminded the whole project on the production board and has done an excellent job. Esco brings the ill sample loops and switch with a variety of drum patterns whether they are old school boom bap drums or more contemporary pattern. Meanwhile, rappers Hex One and Tek-nition flows fluently like water throughout the whole album. What amazes me about the hip-hop latin duo is their versatile subject matter that does not make the album monotonous.  “Rhyme Writers” and “Bringing it Back” are perfect examples of spitting lyrics that have heads nodding profusely. “Patience” has a nicely piano loop beat while the duo spits about having patience while the money and fame comes in their direction while “Cool Out” has a slow tempo and the boom bap drum pattern in the background as the duo expresses about women. “Check It Out” which is one of the highlight tracks has a positive message to it starting with a second interlude then hit with the piano loop as they both bodied this track including Tek-nition verse: this goes to the video girls shaking asses/getting paid, but once you hit the age you gonna fade to blackness. Can’t argue with that!
The consistency of the album is amazing which has not change the momentum. Esco provides the ill piano samples throughout majority of the album and this includes “Monday to Sunday” when both emcees spits about the everyday gripes of life including drugs, love with a stripper, greed, dead end jobs and how their music keeps them afloat. This is the joint most peeps can relate to. Where can Esco put some beat variety as mentioned? Of course with “Poisonous Love” where the beat becomes a little darker but keeps the theme of the album with the hard drum pattern. One thing about this group is they can make a well balance track with a million and one issues for the listeners to relate to.
For the most part “Something for the Listeners” is the album to listen to. Three important aspects about the material and Epidemic most peeps would not expect: a)the hip hop duo are from South Florida and their rhyming delivery sounds east coast b)production style from Esco sounds in between an east coast producer and west coast producer instead of the normal 808 synths and booming bass sound and c)the group are late 80’s babies and their rhyming delivery sounds from 90’s golden era. This is an advantage because this album has substance. However, this album will be highly slept on because although Esco is a talented producer, his beats may not be current to the newbie listener. This is the same with Epidemic, an awesome hip hop duo but their subject matters are not consist of booty shaking and popping drinks to the good life. This is a shame because originality is no longer embraced to the dopey radio heads. I still recommend this album because it’s a straight well packaged album.
Strong Tracks: “Patience”, “Check It Out”, “Monday to Sunday”, “Poisonous Love”
Rating:  out of

Posted by Intrigued Music Blog at 4:59 AM No comments: Links to this post