New Music off the Crack on Steroids mixtape. Noreaga featuring Capone (CNN) My Alias produced by Just Blaze. Street shit
Posted by Intrigued Music Blog at 1:44 PM No comments: Links to this post

Email ThisBlogThis!Share to TwitterShare to FacebookShare to Pinterest
Labels: Noreaga

The Game featuring Pharrell Williams and Mysonne--It Must Be Tough


New Game featuring Pharrell Williams and Mysonne "It Must Be Tough" from the California Republic mixtape featuring DJ Skee. Straight banger, check it out
Posted by Intrigued Music Blog at 8:25 AM No comments: Links to this post

Email ThisBlogThis!Share to TwitterShare to FacebookShare to Pinterest
Labels: The Game 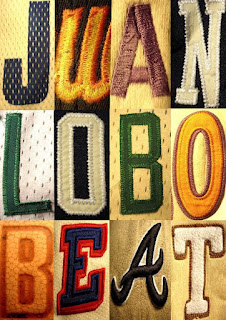 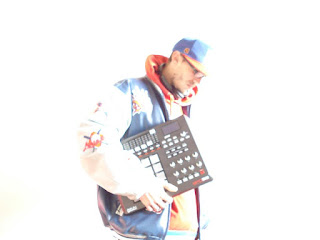 Interview with Juan Lobo
The hip hop scene attracted many musicians to hone their craft. Hip Hop in America has influenced people to spread the continuity of the art form to the next level. Switzerland’s hip hop producer Juan Lobo is making a name of his name known across the circuit. Lacing tracks for Access Immortal, Verse Essential, Fess Gotchu and other, Juan Lobo continues to put the elements of sound from across the globe. His production skills have surpassed many other producers in the game as Juan Lobo is a force to be reckoned with.
1.            Juan Lobo is in the building, what it is man. Tell the world where did you get the name Juan Lobo?
It's a crazy story; my name finds me on travel in Spain when i crossed the whole North Country by foot. I made the pilgrimage of Santiago de Compostella after a sad story here in Switzerland. After walking a thousand kilometers, I burned my old clothes and I translated my real French first name in Spanish and that's how Juan Lobo became alive.

2.            Coming from Switzerland, how large is the hip hop scene?
I don’t really know but we have a bunch of very good rappers, MC's, DJ's, beat makers, graffiti artists, breakers and good events around here. I don't really know how big it is because I don't have too much time and money to spend in parties since I’m always at my studio working on my grind. I'd like to have more time to listen the other people’s work but there are too many people in the game to know. I've no excuses but I’m always listening what I’m creating.

3.            When did you decided to become a producer?
I play instruments from birth because I’m in need to create shit every time to live in this world. I started to play drum machines and samplers in 2000-2001 on my friends’ stuff. After another travel in Thailand (2004) i swim off a tsunami and god decided to keep me alive for a few years more. After long reflections, I choose to take this chance to give other people the best part of me, MUSIC. Hip hop helped me to have a chance to calm my heartbeat.

4.            Was it hard getting verses for you beats?
Yes but not because my beats talked instead my bad English...ha-ha… When I hit rappers they were often interested to kill some of my beats. That's how I met some dudes like Fabric (Canada) Warpath (Worcester) Double Dose (NYC) Lost (NYC) and more... A month before my first release called “Cookie Mix”, I decided to hit Access Immortal because I liked his albums. He was interested about a beat I gave him and he sent me his flow back two days after featuring homey Fess Gotchu on it. I fell on my ass back on the couch when I heard that crazy joint called “Where We at?” You can hear that track on Access Immortal’s “Last Summer in Brooklyn 2” album. I’m blessed and grateful to have a chance to collab with all these artists who got me. For now I’m gonna stay on my grind and continue to produce shit for this team because I still got one heart and one love for my people!

5.            Which producers influenced you to get into hip hop?
RZA and GZA of course, they were the two first who gave me motivation to understand what a real beat is. Also, Dr. Dre and Jeru the Damaja to name a few!

6.            How is it working with verse Essential?
It's cool because he's always killing shit when I’m sending beats his way. As I said before, I’m always grateful with people who recognize my work, how long time creates and how long beats can take. He was always respectful with my work but sometimes he asked me too much work...haha, joking.

7.            Taking a look at your collection, you worked with artists like Access Immortal, Verse Essential, Fess Gotchu and a number of artists, how is chemistry to you in working with an artist?
I respect which one of them because they taught me a bunch of good things about what it is. If the beat sound right they are generally gonna kill it quickly because i know they can't stop writing on dope sounds. I'm always giving my best to other artists and I’m pretty much a respectable humble person who kills shit instead of talking too much. I wasted too much beats and time in the past with people who didn't care about giving me answers about which beat they wanted to use or not. If somebody reserve me a beat, I know to wait a long time before receiving the joint back (I’m not stressed about it because I also know what writing and recording is). I just don't care about complicated dudes who ask me to change a drum set, a sample note, and hi-hat sounds for example. Like bla bla bla bla. I don't really like long e-mails and complaints. Fess, Access, Verse, and their team never disappointed me. If they asked me for a beat, it’s because they are all professional, strong and serious people, I think.

8.            What equipment do you use?
I started creating beats seriously on one of my best friend's MPC2000XL for the first five years. I also had two mk2 technics turntables I’m still using today with a serato system. I don’t have anything else except my 2 guitars, a friend’s drum, two poor speakers, my fingers and my brain...I brought a computer and an akai midi controller four years after and I started to record all my beats on my software. I never had too much stuff to build a real studio because of my money but I’m always use the whole juice of a lemon if i grab one on my hands...hahaha....knowamean?

9.            Take us to making of a juan lobo beat?
First, I’m locking my studio door and put my cellphone off. I am generally listening to my old vinyl records or cd's to find something that jumps on me. If I don't, I probably use an mp3 but I really don't like that shit for work. So sometimes I use one of my guitar records. When I found the right sound to sample, I cut it in the maximum parts I can before uploading samples in my virtual sampler or MPC. The best moment for me is starting to create a new loop with midi controller or pads. When the loop is turning right, I just put a rough drum over it to make the loop evaluate. Boombap shit...When I got the structure i want like: intro, verse, chorus and breaks for example...I concentrate my mind on baselines, so sometimes I use my wife's bass guitar, sometimes midi instruments that depend of my motivation. After that, I’m working the drum sounds, kick snares hats, overheads and compressors. After two hours, I quit the project to work on another sound to refresh my ears. I come back 20 minutes later on the first beat to finish it as I want. Like that I can produce 1-2-3-4 maybe 5 beats a day when i find the right inspiration. That's the better thing I really know what to do right on earth.

10.         Do you know what artists sounds well before sending beats?
Of course, I don't want to waste my time with suckers who fuck up other people’s work. I didn't understand that at the beginning and too much dumb ass people tried to fuck me over, but they didn't find a way to stop me...Hahaha stupid.

12.         What artists are you looking to work with?
Too much to advert here, the most rappers I be glad to produce but that's not really my goal are certainly Sean P, Evidence, Freeway and Beanie, Reef The Lost Cause, Scarface, Raekwon, and more but I’m glad above all the people I’m producing now.

13.         So what's in the works for Juan Lobo? A production Album?
I got many albums on the desk: Worldwide Grind double disc with my homey and brother Fess Gotchu (Philly), we got many features on that banger shit...I got another joint with my man Warpath a.k.a. Philosophy Cole from Worcester (untitled yet)...another dope album with my man Knonsense (Philly) called Knonstalgia...Another project with D-Sky (BX) (untitled yet). Another Juan Lobo project called Swiss Chocolate Beats. A Juan Lobo solo album where I rock the mic to keep the good vibe and powerful (untitled yet)... Two-three mixtapes I’m producing for Swiss friend’s rappers; plus different tracks on different people albums and mixtapes. All that is gonna come this and next year. I should drop one or two instrumental mixtapes between some video clips.

14.         Any advice to any future producers that want to get in the game?
Hahaha, stop hip hop and go back to school. PEACE & UNITY! Juan Lobo