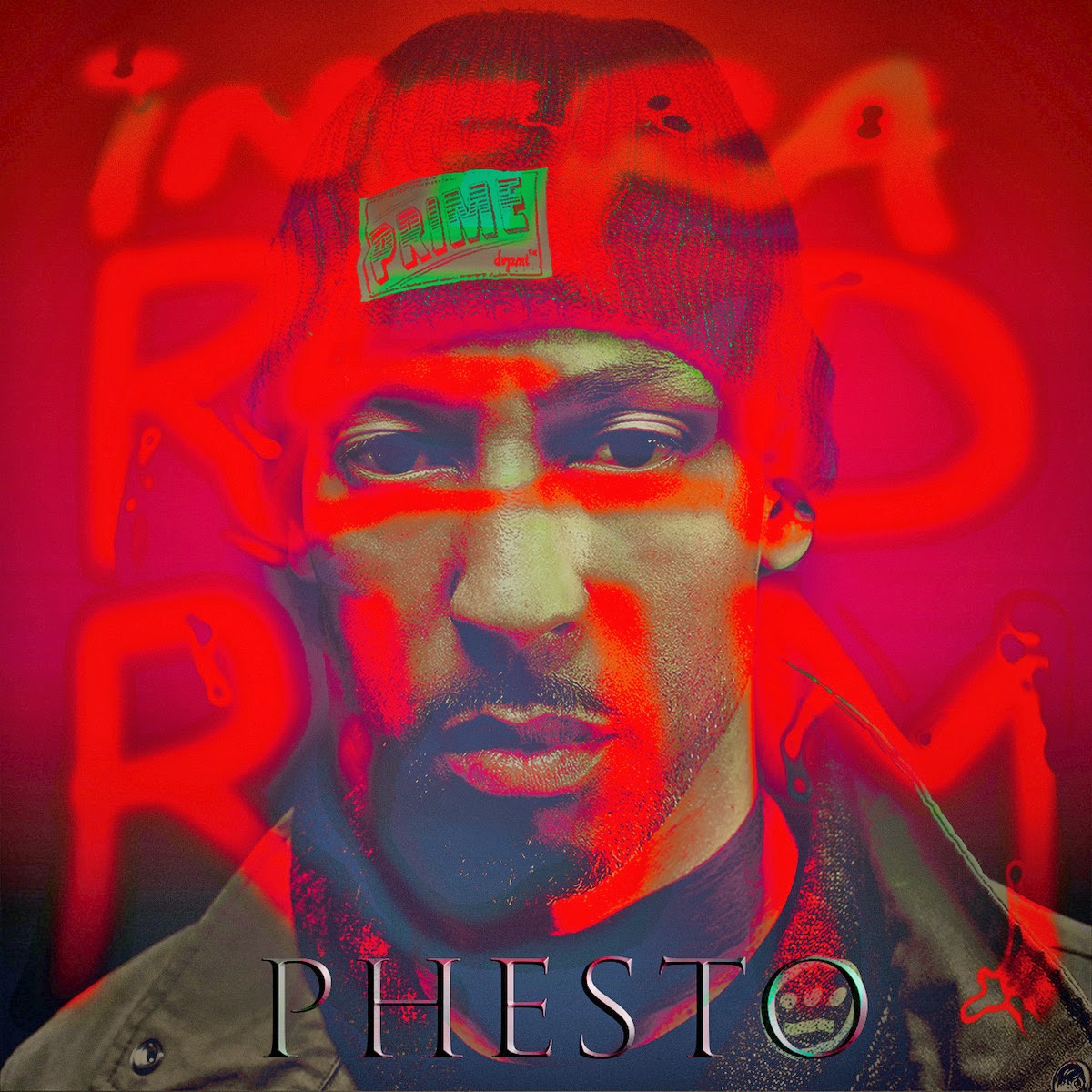 Hieroglyphics and Souls of Mischief member Phesto Dee has been ripping the microphone in his twenty year plus tenure in the hip hop game. Putting out classic after classic including the groundbreaking classic albums 93 till Infinity with the Souls and Third Eye Vision with the Hieroglyphics crew, Phesto has been part of the equation on progression and paying dues. With his superior lyrical cadence, his production style matches which makes him one of the most listenable artists from the Bay area. Now Phesto delivers the second album Infrared Rum for the listeners to hear.
Infrared Rum consists of sixteen tracks produced by Phesto with a strong balance of taking this project into his own hands. The intro opens up to introduce to tracks like the golden era lyrical “Terri Cloth”, “Fall Back” and the head knocking drums to “Unregretful” where Phesto gets personal into not regretting the past. The smooth “Mind Muscle” takes Phesto into his element with his lyrical cadence. The middle of the album is where the temperature starts to rise. Cryptocurrency balances that smooth beat with the drum line that is place perfectly while Decisions and Goose Down with the heavy drums that place Phesto in his comfort zone.
Infrared Rum is a cool balance album with a different vibe from his first opus Background Check. Phesto hasn’t lost his lyrical touch and you can hear his delivery on each of the tracks. The beginning tracks on the album are long which may cause listening fatigue to the listener. It is a hit or miss depending on the listener but this doesn’t lose the consistency of the album. What’s great of the album is the song structure fits well like a rubber glove. It has a cinematic feel to the album production wise that have the listeners want more. Hieroglyphic fans will not feel disappointed on this album. Phesto can hold it down whether with the group or on the solo tip.
Strong Tracks: “Terri Cloth”, “Mind Muscle”, “Cryptocurrency”, “Decisions”, “Goose Down”, “Yo Yo’s Up”,
Rating: out of