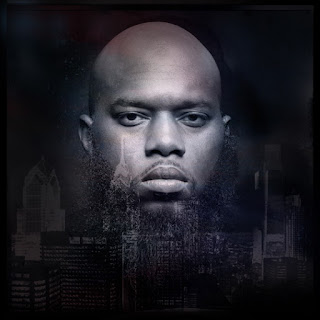 Philadelphia’s dark horse Freeway has gone through a long journey. Former member of the illustrious group State Property and Beanie Sigel’s right hand man Freeway has been strong arming the hip hop game with albums and mixtapes still keeping his name relevant.  The ex Roc-A-Fella solider now signed with Baby Grande has finally come out with one of the most anticipated albums of 2012 “Diamond in the Ruff”
The fourth solo album starts off on the right foot reminiscing of the Freeway days with state property. The soulful influenced “Right Back” featuring the songstress Marsha Ambrosius is an example of how to start an album right. This is a compatible match of Freeway lyricism and Marsha Ambrosius soulful voice produced by Jake One. “Greatness” continues the consistency with Vivian Green sings the chorus as Freeway lets people know he had never fell off: got the piranha flow, hard kinds of flow/serve beef like dominoes, bring it to ya peeps… stay in your places/young Ali we are destined for greatness/the roc-a-block breakup, my mom and pop broke up/you think I fall off, you got the wrong information. The lead single “Jungle” hits the average listener with hard bass lines and drum kicks provided by producer Incredible Stro while the Just Blaze track “Early” sets Freeway back to his debut album Philadelphia Freeway with swift punch lines over a dope beat.
With many hot tracks come with a few that just doesn’t stand out. “True” featuring Wale fits the bill. Although the beat is dope and Freeway did his thing, the chemistry with Wale sounds okay; cool track but can’t match up to the other tracks on the album. In addition, the annoying chorus just oversaturates the album. “No Doubt” also didn’t fit with the strong superior tracks on this album while “Wonder Tape” is an album filler with average lyrics and Suzette Christine didn’t put too much of an impact like the other features.
Diamond in the Ruff catapults Freeway into high status among Philadelphia rappers despite being one of the most underrated rappers. This is an awesome effort since the Jake One/Freeway collaboration album. Jake One and Mike Jerz produced half the album that made this album worth listening too.  Freeway’s lyrical consistency with the right production by his side and good guest appearances make this a successful album from start to finish.
Strong Tracks: “Right Back”, “Greatness”, “The Thirst”, “Jungle”, “Early”, “Dream Big”
Weak Tracks:  “True”, “No Doubt”, “Wonder Tape”
Rating:out of

Posted by Intrigued Music Blog at 7:08 AM